Territory now appears around workers (units with external cores) and grows more naturally up to the borders of opposing territory. Territory also appears with a more distinctive border. As before, you can freely build, repair, or extract parts within your territory. 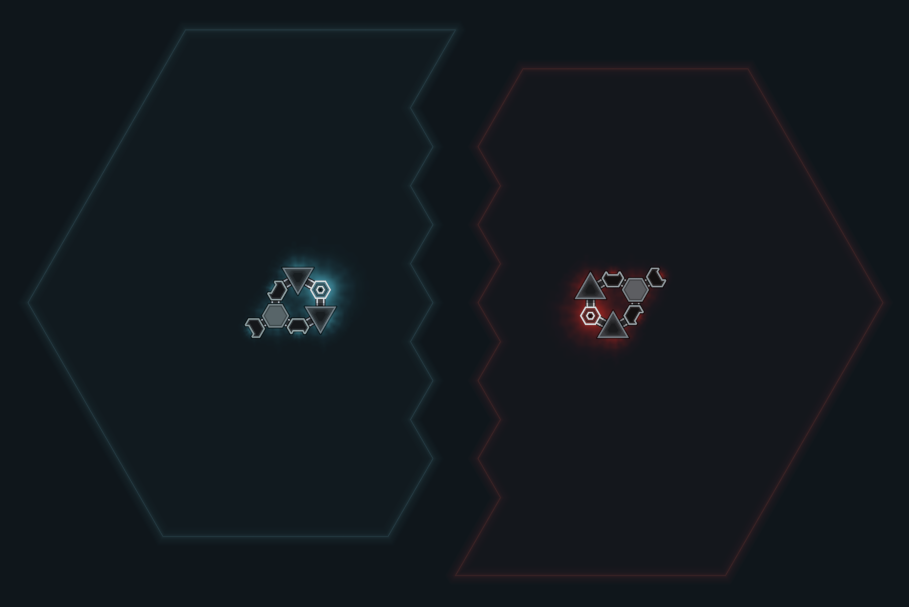 Adaptive spawning adjusts the rate of spawning according to the size of the opposing force. I've had this change on my list for later, but I expedited it due to feedback and the need for stress testing. The result is that survival mode is slightly more reasonable and won't flood the player with more waves than necessary (but you'll still eventually be overwhelmed).